If you traveled to London, Rio de Janeiro or Singapore, you probably saw, or even took these cable cars, providing an aerial link from one location to another. Once used only in ski resorts, cable cars are more and more used in cities across the globe. Since November 19, 2016 this modern transportation mode is in service in the city of Brest (France), with all the ropes supplied by ArcelorMittal WireSolutions in Bourg-en-Bresse.

The Brest urban cable car is the very first urban cable car project in France. As the city is expanding, with new offices and accommodations built on the right bank, 4,000 new residents and users are expected to arrive in the future. Today the two bridges that allow people to cross the Penfeld river are already at capacity limit, especially during peak periods.

The cable car will help the city of Brest to:

Several scenarios were considered, such as a bridge and a lift bridge, but a cable car has emerged as the best solution:

After months of negotiation, ArcelorMittal Bourg-en-Bresse has been chosen to manufacture the ropes of the Brest urban cable car supplying:

ArcelorMittal is one of the 2 producers in Europe who integrate optic fibres in a full lock coil (FLC), allowing data transmission.  This innovation is the result of the efforts of the internal Bourg-en-Bresse R&D team. The FLC rope offers several functions in the same component thus enabling a cost reduction for the customer.

This represents for ArcelorMittal a huge recognition of the work that has been done on the urban cable car topic. This project will no doubt set a reference for the future. 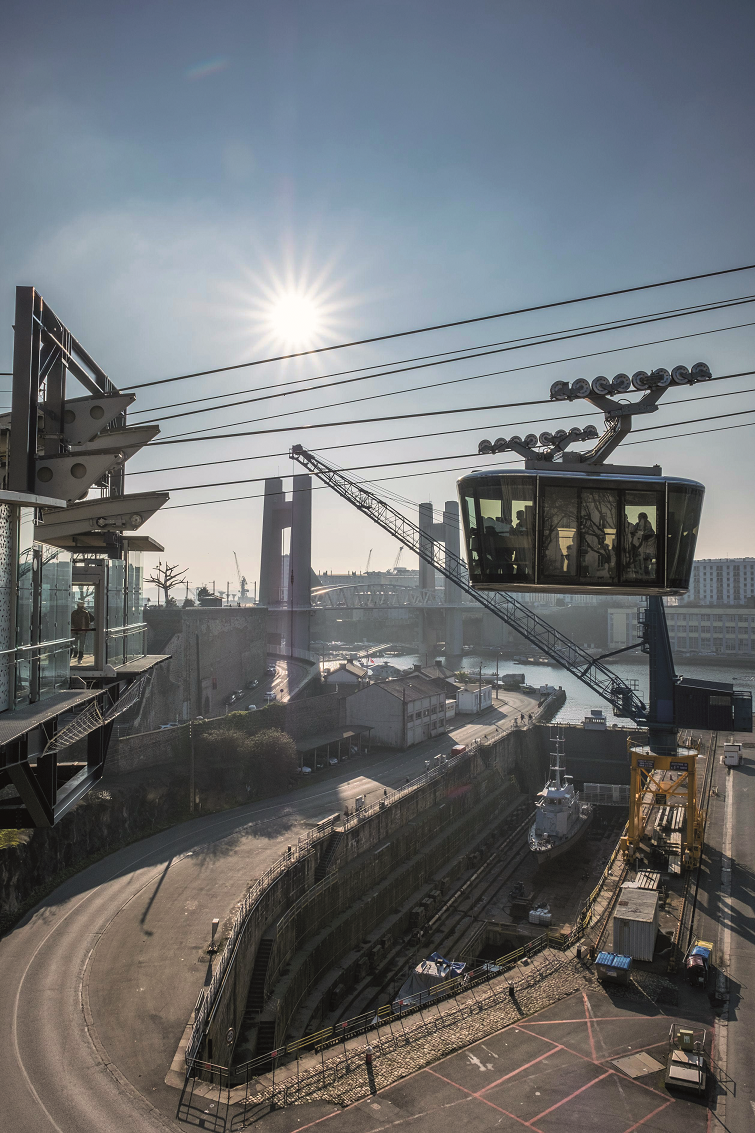