The success of Almelo’s local football team in the Dutch National League has led to a significant increase in support for the Heracles Almelo team. But the club’s home ground – the Polman Stadium – was not equipped to cope with all the extra fans.

Opened in 1999, the Polman Stadium initially had capacity for 6,900 spectators. In 2005 that was upgraded to 8,500, but still the fan base continued to grow. Plans to build a completely new stadium had to be put on hold due to financial constraints. Instead, Heracles Almelo decided to fundamentally revamp and upgrade the existing stadium using ArcelorMittal’s Aluzinc® coated steel.

The modernisation of the stadium involved adding an extra tier to all four stands, substantially increasing seating capacity. Developed by the Dutch architectural firm pr8 architecten under the guidance of Norbert Lienesch, the new design also increased the size of public and commercial areas in the stadium.

Aluzinc® coated steel, produced at ArcelorMittal Dudelange (Luxembourg), forms the new single-skin roof of the stadium. Aluzinc® was recommended to the building team by SDW Profiel, the company who transformed the coils into trapezoidal steel sheets. In addition to its unique shiny appearance which is characterised by a remarkable silvery spangle, Aluzinc® offers durability thanks to its excellent corrosion resistance.

ArcelorMittal supplied over 90 tonnes of Aluzinc® AZ185 coated steel for the project. The Aluzinc® was finished with a special anti-fingerprint coating to protect it even further.

The renovation of the Polman Stadium was carried out in two stages so that the building could remain in use. Stage 1, completed in 2014, created additional floor space in the south and west stands, added space for retail, and modernised the offices, locker rooms, and main entrance.

Stage 2 added a prefabricated tier of seating to all four stands. During this phase, the Aluzinc® roof was constructed. The stadium was finished with a new facade cladding made of a windproof, silver canvas, installed on a curved metal framework. 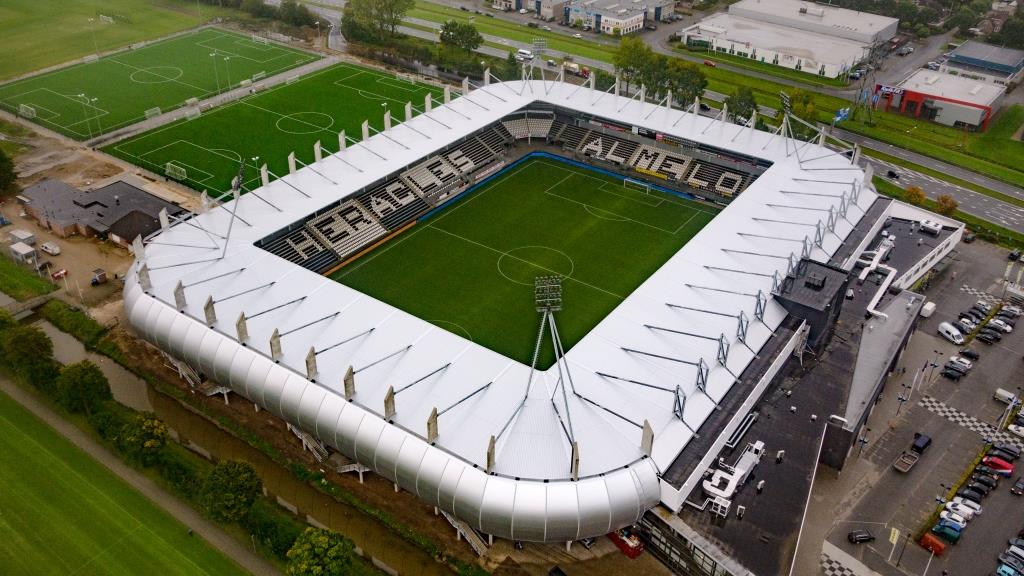 The renovated stadium was designed to visually resemble the existing structure. Polman Stadium retains its rounded seating bowl which rises from the rectangular building that contains the infrastructure and commercial spaces. Black and white, the colours of Heracles Almelo, feature prominently in the seating and other interior visual elements.

Thanks to its new tier, the upgraded Polman Stadium can now comfortably seat 13,500 fans – 95 percent more than the old structure. Of these, 11,500 are reserved for home and away fans. There are another 1,700 business seats and 20 sky boxes which offer additional seating for 300 spectators.

The renovation and extension project of the Polman Stadium has created a landmark for local football fans in Almelo. Thanks to the use of Aluzinc®, this beacon will continue to shine out for many decades to come giving fans pride in their local club. 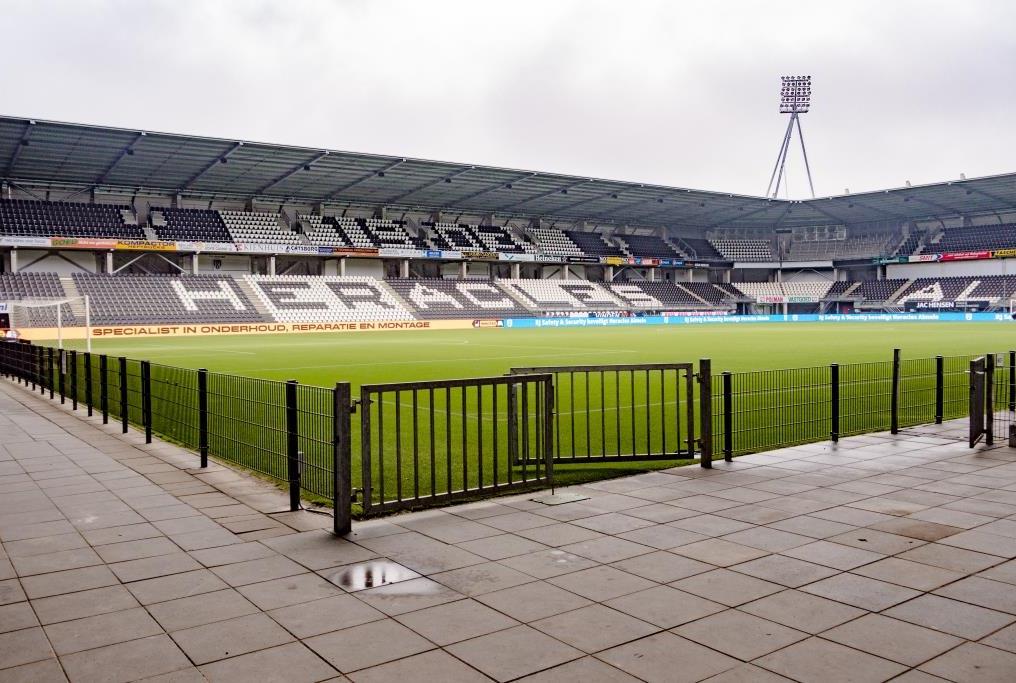 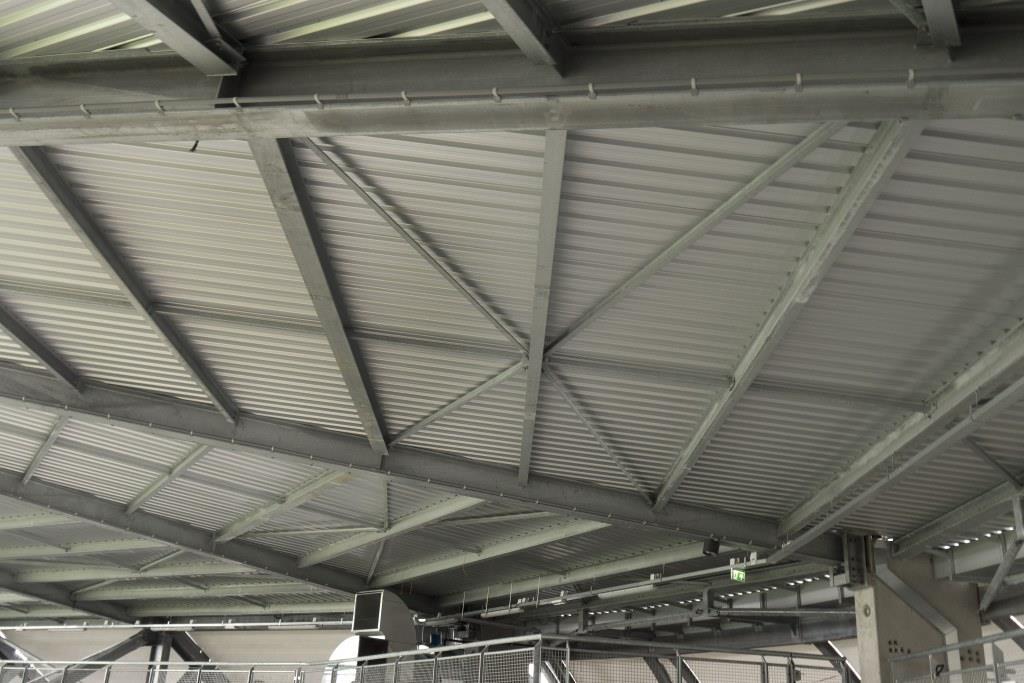 
With special thanks to SDW Profiel, pr8 architecten and Heracles Almelo