Our steel grants a Parisian flagship a second life

“Les Coursives de Pantin”, designed by architect Paul Chemetov and inaugurated in 1981, underwent a major rehabilitation after some issues appeared regarding the façade. ArcelorMittal Construction France provided the adequate solution, composed of recently developed new geometry Trapeza® 7.96.54 profiles, to fix the façade while keeping the original look and feel of the building.

A recognisable façade at the entrance of Paris…

“Les Coursives” is a social housing building with 290 apartments, including duplexes and triplexes, located in the city of Pantin, in the outskirts of Paris. Its façade used to be composed of a red brick cladding which had been designed to create a link with the “red belt” HLM* buildings built in the 1930’s in Paris’ inner suburbs. The building was famous for its monumental aspect and its location at the entrance to the city, visible from Paris and the ring road.

…but an ageing building

The brick cladding was built between 2 concrete slabs with an insulation system composed of a 2-cm air gap and a 5-cmPlacoplatre® wall. But along the years, major issues appeared with the façade. Bricks were regularly falling due to the deterioration of the PVC used at their base leading to less airtightness and watertightness.

Consequently, there was a triple objective in the rehabilitation project:

Coopération et Famille (owner of the building) and the City of Pantin, decided to partner with the architectural firm AUA Paul Chemetov to find the best solution. The rehabilitation appeared challenging at first, due to the curved structure of the building, its relief and its external concrete structures, but after several trials, they opted to use corrugated sidings.

Corrugated sidings were a perfect solution as they are easily bendable and catch the light. Moreover, particular care was taken regarding the colour, the corrugation and the finish of the sidings to match the texture and the tint of the original bricks.

In total, 16 months of work were necessary to give a second life to Les Coursives. This rehabilitation even led to a 38% improvement in the energy performance of the building. “The residence "Les Coursives” preserves its architectural identity with a “fresher, younger and more dashing” image while ushering into modernity.” concludes Paul Chemetov. 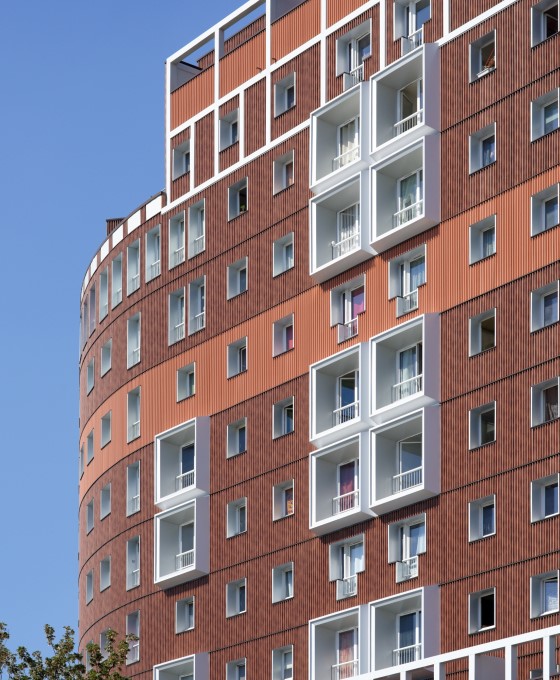 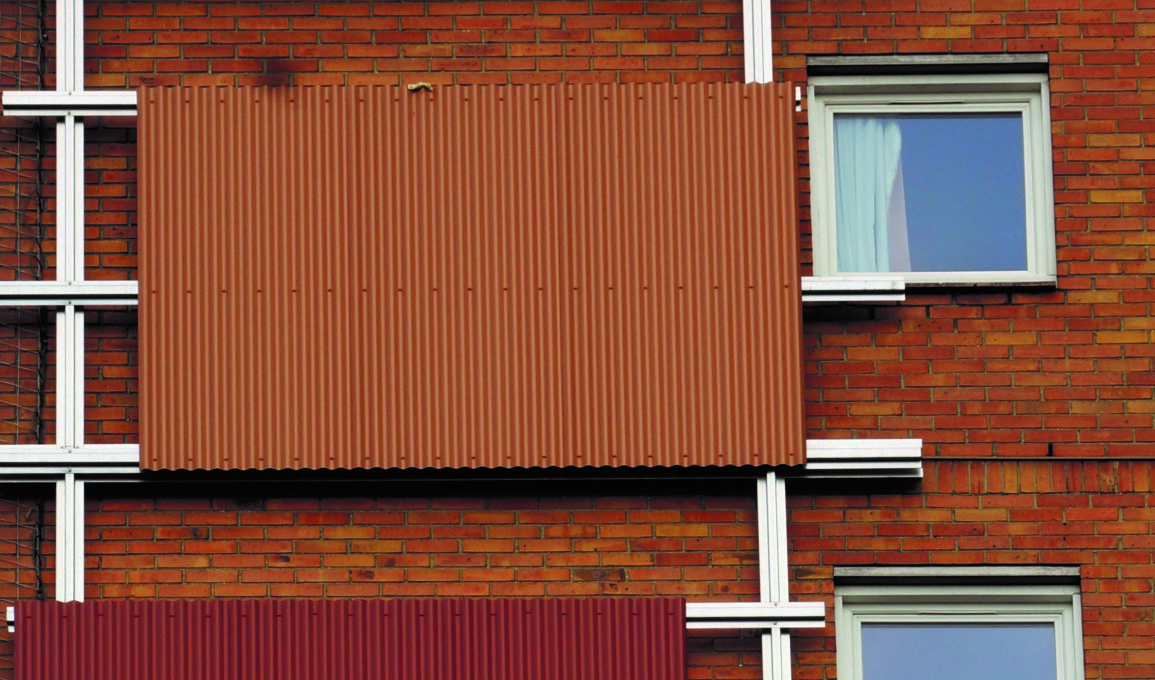