Located in the south-western part of the country, Kaohsiung is Taiwan’s second most populated city.This metropolis of 2.77 million inhabitants is expanding its transportation system with the construction of the first tramway system in Taiwan. ArcelorMittal Europe – Long Products provided 2,000 tonnes of grooved rails to this ambitious project. 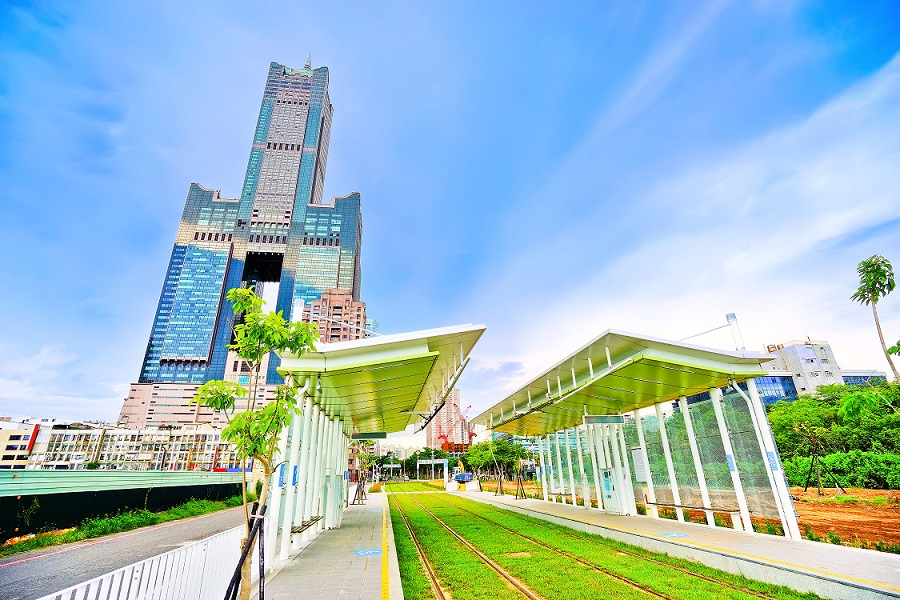 One of the biggest tramway projects in South East Asia

ArcelorMittal now has delivered the last lot of grooved rails for the first phase of Kaohsiung’s Light Rail System (LRT) in Taiwan. With over 2,000 tonnes of rails, produced by ArcelorMittal Europe – Long Products in Rodange (Luxembourg), this is by far one of the biggest tramway projects in South East Asia.

Kaohsiung LRT is the first light rail system in Taiwan. Also known as the Circular Line, it interchanges two metro lines which cross the city and meet in the centre. Light rail trains have low floors, providing a disabled-friendly riding environment that helps promote public use of mass transportation.

The customer once again relied on ArcelorMittal Grooved Rails and more specifically on our Low Carbon Vanadium (LCV) Grade R260V.

The use of Low Carbon Vanadium (LCV) rails with the addition of very small amounts (less than 0.20%) of Vanadium, actually provides an increased grain refinement throughout the entire rail, not just the outer surface (as rolled Head Hardened rails). This technique results in increased hardness and elongation compared to rails in grade R200, but with even lower Carbon content. Also, thanks to the higher strain and grain refinement, after only six months of service, track hardness readings increases up to 30-45 HBW due to wheel/rail interaction of cold forging.

In addition, since rolling stock wheels are associated with lower speed and low axle weight, the actual wheels do a smooth grinding on softer steel rails, effectively helping to self-maintain embedded tracks. This is by far the best method to avoid any Rail Contact Fatigue (RCF) or head checks commonly associated with as-rolled Hardened rails.

In fact, experience has shown Low Carbon (softer steel) rails are most suitable for City Transit embedded tracks due to their Low Carbon content allowing for best welding and deposit welding techniques. Thus, extending the life of the rail, and avoiding the high cost of replacing embedded grooved rail and street disruption.

The Kaohsiung LRT project started in 2013 and the line is partly in service now. Proud of our contribution to phase I and with leading Global R&D Rail dedicated centres, we are confident to be well positioned to be a preferred supplier in the second phase of the project as well.

Grooved rail is essentially a transportation rail similar to the one that you would see in the metro, but designed for tramways. Grooved rails enable tramways rails to be laid in a road surface and allow mix traffic without being an inconvenience for other road users. Thanks to its built-in groove, it allows space for the wheel flange. Profile weight ranges from 52 Kg/m up to 62 Kg/m.

More about our tram rails