To optimise the distribution of its tyres, Michelin, the world’s second largest tyre manufacturer, expanded its Spanish logistics centre in Araia and built a new one in Illescas. The company is also building a new office building in Vitoria. The three buildings were all built with steel solutions from ArcelorMittal Construction Spain.

A new office building for Michelin in Spain

Working in close collaboration with the engineering firm LKS, ArcelorMittal Construction Spain drew up specifications for Michelin's new office building in Vitoria, based on the use of our roofing and cladding solutions.

The building, which will be completed in February 2018, will feature a deck roof (including mineral wool insulation and waterproofing membrane) and 1mm-thick GASCOGNE® wall cladding with R'Unik coating for its façades, all products supplied by ArcelorMittal Construction Spain. The coating used for the wall cladding is a combination of ZM Evolution® and a special resin; it provides outstanding resistance to UV radiation, preventing, among other things, discolouration of the product over time.

With a very broad and diverse range of customers to supply, optimising distribution is a key issue for tyre manufacturers. To solve this issue, Michelin has set up a number of large logistics centres, including those in Illescas, Toledo, and Araia, for which the French firm also relied on ArcelorMittal Construction Spain's expertise and products.

Illescas is a strategic location as it has good access to the main transport routes in the Iberian Peninsula. For this reason, Michelin decided to build a large-scale logistics hub in this town. This 52,000 m2 logistics centre will handle the distribution of an annual volume of over seven million tyres of various types (tyres for cars, trucks, buses, motorbikes…) to customers throughout Spain and Portugal.

ArcelorMittal Construction Spain's specifiers worked with the engineering firm IDOM for both phases of this project.

For the first phase (in 2015) our company supplied deck roofing (with mineral wool and waterproofing membrane) and wall cladding consisting of 0.7mm and 1mm Hacierba self-supporting liner trays and 0.6mm Hacierba external cladding profiled sheet; all produced in our mill in Berrioplano. The same products will be supplied for the second phase of the project which will be completed this year.

Expansion of the Araia Logistics Centre

Michelin also expanded its logistics centre in Araia, which now has a total covered area of 80,000 m2. The Araia centre manages an annual volume of fifteen million tyres. This facility handles the distribution of car tyres produced in Vitoria as well as motorbike tyres produced by Michelin at its Lasarte-Oria factory, which are shipped to customers in the European and American markets.

ArcelorMittal Construction Spain team was also involved in the centre's expansion project and partnered once again with IDOM. We supplied deck roofing (0.7mm Hacierco base profile, plus mineral wool insulation and waterproofing membrane). 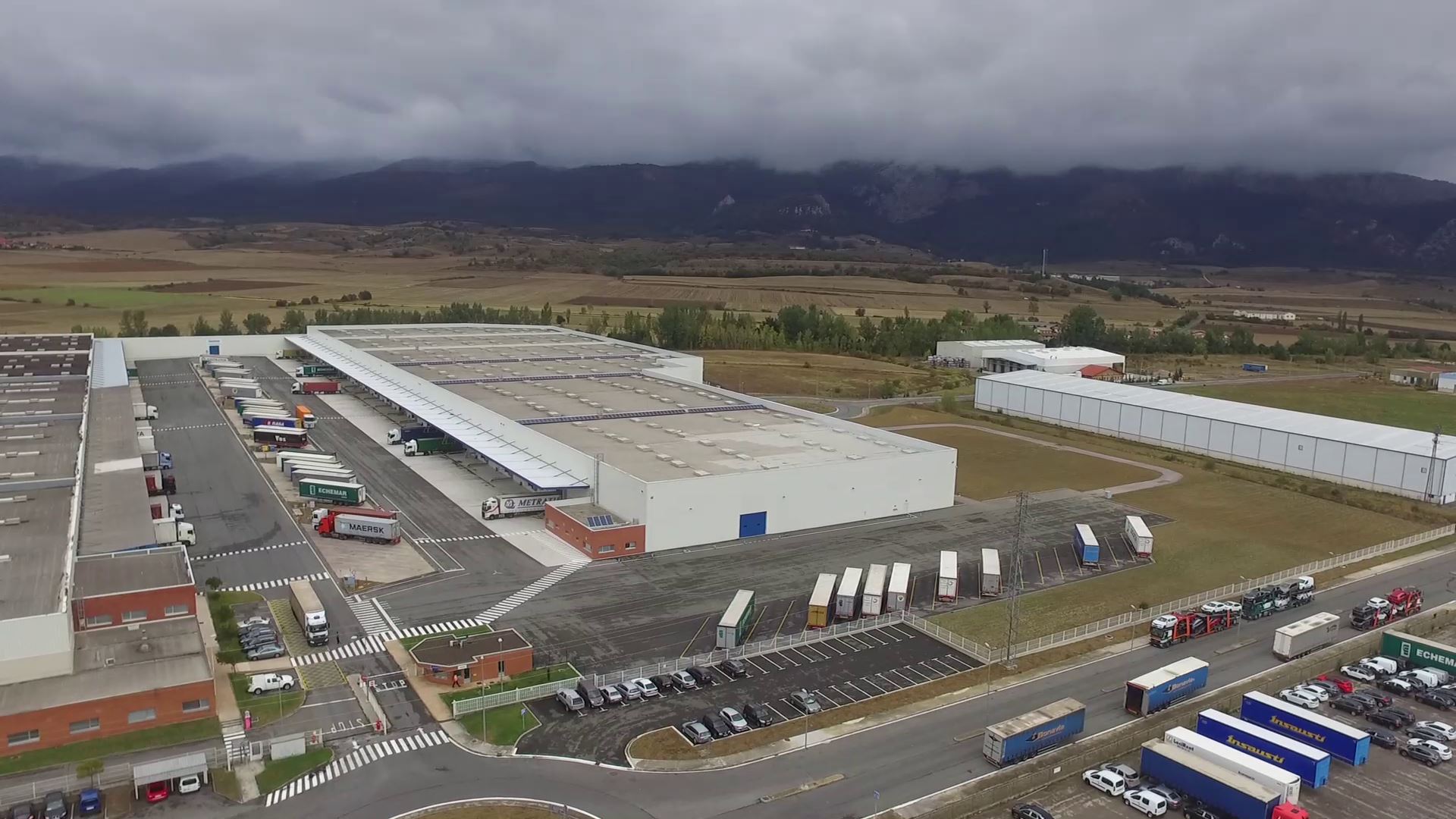 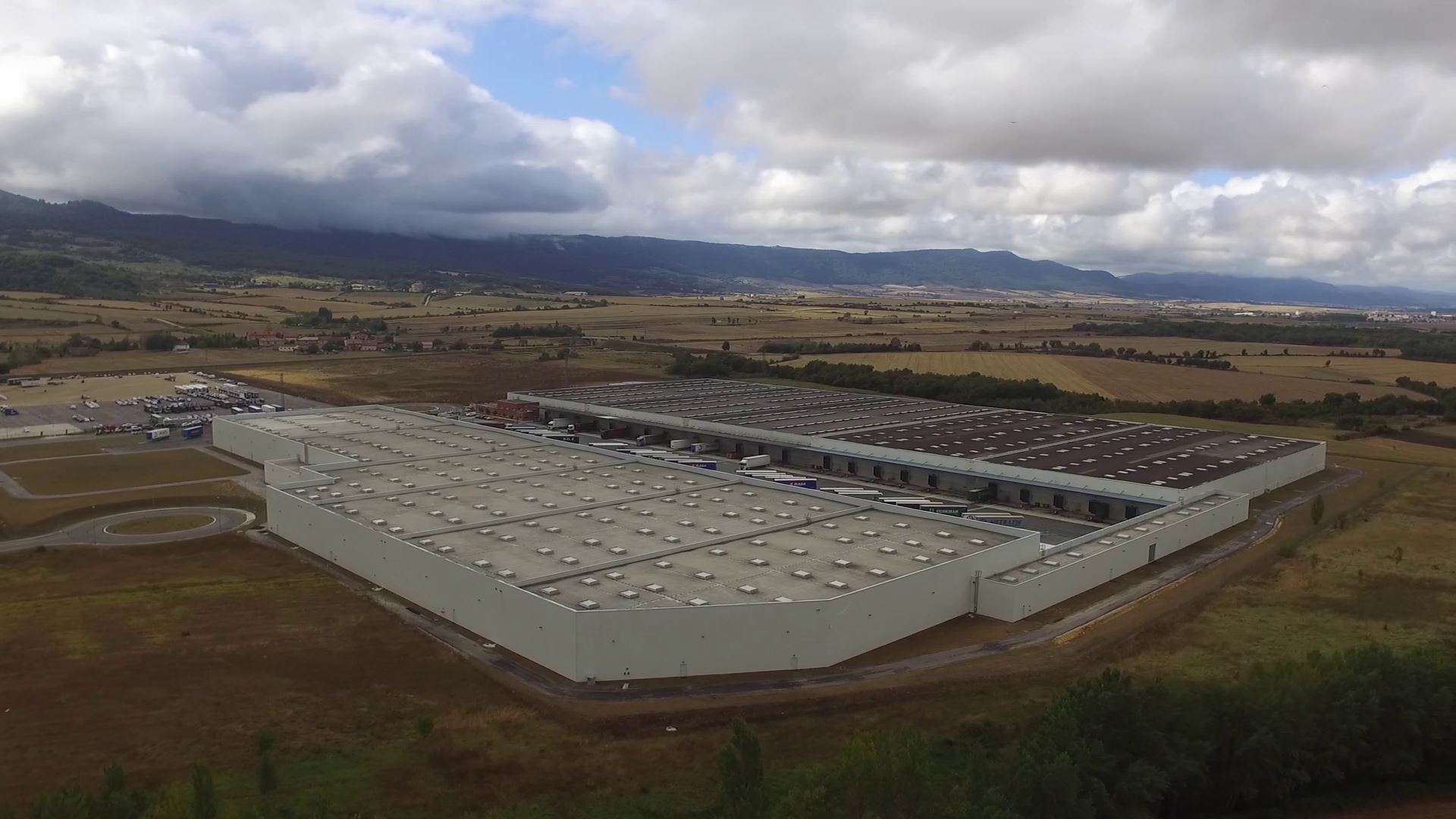 Check out the drone footage of this project: