Ahead of its time thanks to steel

At the beginning of the 20th century, the 115-metre-long four-masted ship Peking was one of the largest and most technically advanced ships in the world. Built as a steel barque for overseas trade in 1911, it could transport 5,300 tonnes of cargo and sailed around 34 times around Cape Horn. The construction method used at that time made the ship very robust and reliable. The hull is made of steel and it could withstand more wind and adverse weather conditions than other ships.

The Peking spent the last few years as a museum ship in New York before heading back to Germany in July 2017. It will soon join the German Port Museum, but before that, the crucial challenge is to breathe a new life into this historic vessel.

Standing securely thanks to our beams

The Peking will stay about a year and a half in a dry dock to be renovated. The dry dock was built with twelve 16 m long HL1000 sections (with a height of more than one metre) produced by ArcelorMittal Europe – Long Products in Differdange (Luxembourg) and will ensure that the ship stands securely during the entire renovation period.

The beams were chosen due to the Peking’s high dead weight and the narrow space in the dry dock. These beams have a very high load-bearing capacity and a relatively low height. ArcelorMittal is the only steel producer who regularly rolls HL1000 sections. This is a key advantage in the project business as customers depend on reliable delivery.

Following the decision by the German Bundestag in 2015, the Federal government will pay the total costs of EUR 120 million for the repatriation, restoration and fitting out of the berth in Hamburg.

When the renovation is completed, the Peking will be brought back to its 1927 state. The underwater hull, the floor, the wooden deck, the rigging and the interior fittings will all be renovated. Afterwards, the Peking is expected to be on show from 2020 onwards. Its future berth in Hamburg has not yet been decided; the “50er Schuppen” opposite the Elbphilharmonie is under consideration. 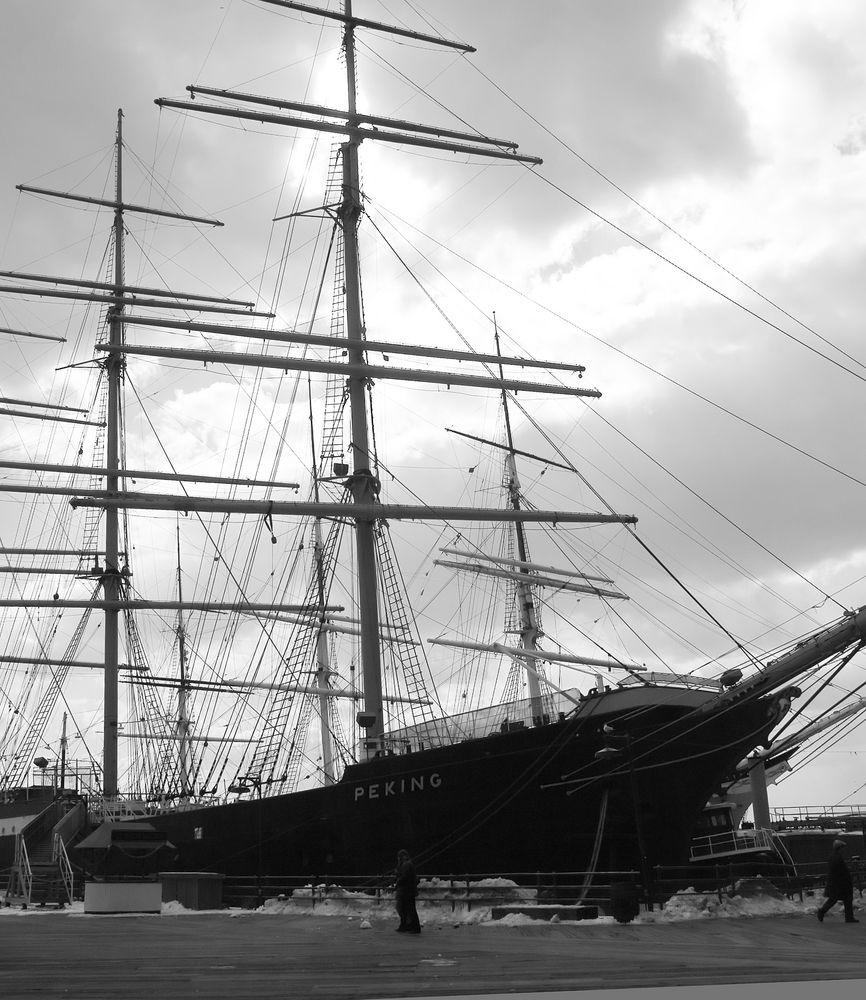 Discover more about steel for shipbuilding