To answer the specific needs for the construction of the D2 Tower, ArcelorMittal supplied 50,000 m² of steel for the composite floor deck and 5,200 tonnes of structural steel and beams. Designed in the large urban renewal project of La Défense, the D2 Tower, inaugurated in January 2016, is the first high rise building in France with an external steel grid structure.

With its iconic oval shape and unique facade design reminiscent of a diamond, the D2 Tower is the new landmark of Paris’ business district, La Défense. The D2 Tower is the first steel framed high-rise building in La Défense and perhaps France. Its structural frame consists of an architecturally exposed diagonal grid structure, often called diagrid.

ArcelorMittal’s Building Construction Support and Long Products Technical Advisory team contributed to the conception of the project since 2006. ArcelorMittal also supported the architect to promote the advantages of steel over concrete in front of the investor’s engineering and construction companies.

Steel was finally chosen to be the material for building the structural frame and floor decking due to its reduced overall cost, flexibility, sustainability, erection speed and simplicity. The perimeter diagrid frame acts as one of the buildings structural systems. Horizontal and vertical load transmission is shared between a central concrete core and the steel diagrid frame.

Highly efficient ACB® cellular floor beams from ArcelorMittal Eurostructures in Differdange were recommended and selected to connect the perimeter to the core system.

ArcelorMittal Europe – Long Products provided 4,000 tonnes of structural steel, thereof 3,000 tonnes of Histar® 460 sections for the diagrid and 1,200 tonnes of ACB® beams. To note that hot rolled sections in high strength steel grades are produced by few mills on the market and ArcelorMittal Differdange is the only one capable to offer Histar® grades.

ArcelorMittal Construction France also contributed to this project, providing 50,000 m² of Cofraplus® 60, composite steel decking for the floors. Chosen for its light weight and high strength, it combines the performance of a galvanized steel profile with that of reinforced concrete. The ACB® beams between the external structure and the concrete core support the Cofraplus® 60 floor deck.

Characteristics of the structure

The perimeter diagrid consists of large and heavy, hot rolled steel sections,mainly HD 400, in Histar® 460 steel grade, allowing interesting 30% weight reduction and about 25% cost decrease for the steel needed for the building structure. Mainly 12m long sections were assembled on site in a V-shape, each weighing about 14 tonnes. Each V covers the height of 3 floors and is integrated into the curtain wall of different sized and shaped glazed elements. The ACB® beams' circular openings in the web simplified the layout of the technical installations and an increased usable floor height.

Many advantages by using steel

Thanks to the steel structure the weight of the tower was significantly reduced compared to a concrete structure. The steel structure reduced the overall costs, shortened the construction time, allowed a faster occupancy and return on the invest

Overall, the use of a composite flooring system and cellular floor beams increased the total usable floor area and allowed the construction to be time efficient: according to time schedule and budget, the construction could be carried out at a steady rate of 3 floors in 3 weeks. 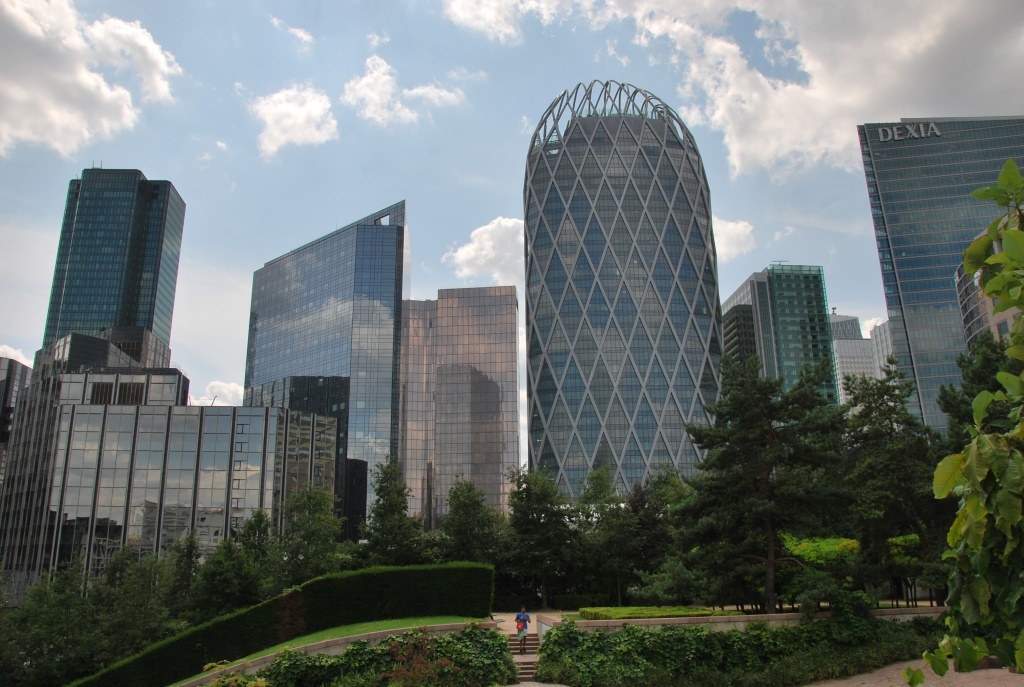 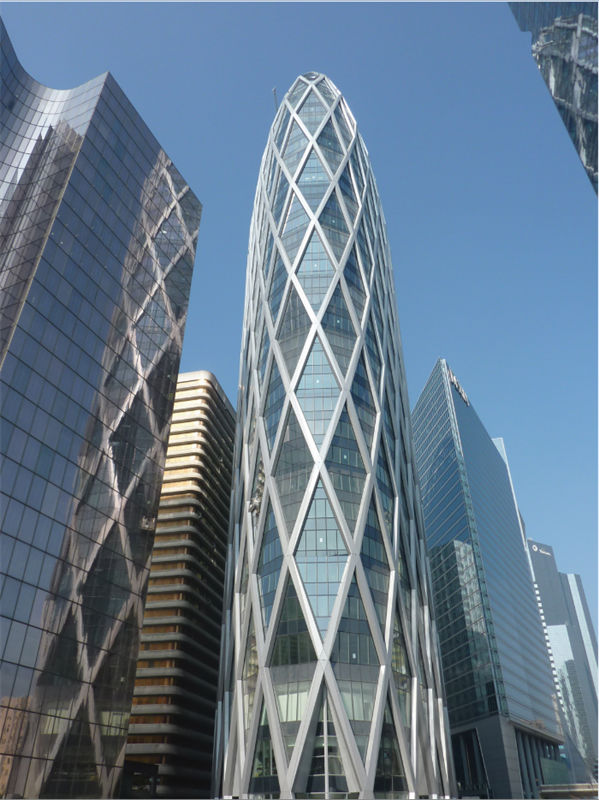