Adapting to climate change with the help of ArcelorMittal steel

The construction of the New Slussen is one of the largest urban transformation projects in Sweden. Working in collaboration with the City of Stockholm, the SEK 12 Billion project seeks to create a dynamic urban quarter, responding to its historic context and transforming the city centre.

One important function for New Slussen is to reduce the threat of flooding and protect the drinking water for two million people in Mälardalen. And that is where ArcelorMittal comes in...

Rendering picture of the New Slussen - Slussen, built in 1642, is the lock that separates the sea from the fresh water of Lake Mälaren.

New Slussen is important for the whole region

The rebuilding of Slussen is of great significance for Stockholm, and also for the rest of Mälardalen.

Transport of the segments for the flood gate of the Slussen project in Stockholm. On their way to our customer Stål&Rörmontage.

Stainless duplex plates manufactured by Industeel Belgium and formed at Industeel Dunkerque will be welded together to make a flood gate around 36 metres long. These will be mounted on Lake Mälaren. The plates will help to reduce the threat of flooding and to protect drinking water for the people of Mälardalen.

The water level of Lake Mälaren is controlled at several places in Stockholm and Södertälje by allowing the water to drain from the lake into the sea. When large quantities of water flow into Lake Mälaren because of melting snow for example, not enough water can flow into the sea.

By building new, largers canals at Slussen, today's threat of flooding can be removed. In this way, access to drinking water is assured and vulnerable areas, such as the underground station in the Old Town, regional airports and other important infrastructure buildings and agricultural land, are protected from the current threat of flooding.

Changing the control of the lake's water level also benefits the wildlife around the beaches of the Mälaren, improving conditions for birds, bats, dish and frogs with a higher water level in the spring. There will also be advantages for shipping, particularly in reducing the risk of running aground.

New Slussen will be adapted to the climate

New Slussen is being built to last around 100 years, which is the usual lifespan for this type of construction. New Slussen reduces today's threat of flooding, as well as allowing for any increase in sea levels caused by climate change. Slussen is designed to be able to manage the elevation of the sea level that SMHI (Sweden's Meteorological and Hydrological Institute) considers likely within its lifespan. 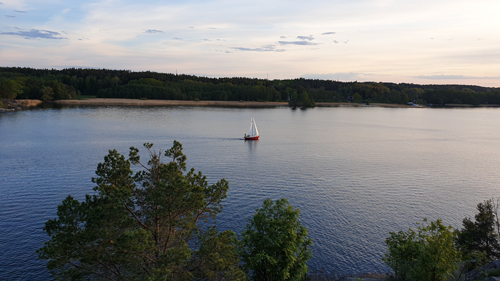 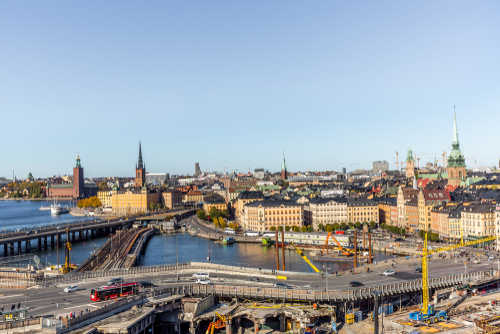 26 May 2018 - Cityscape view from above of large contruction site at the Old Town and Slussen in Stockholm, Sweden 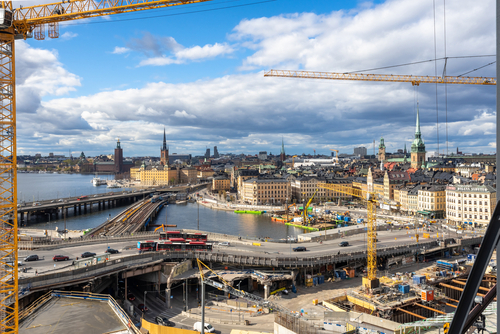 24 April 2020 - Slussen is an area of Stockholm named after the sluices between Lake Malaren and the Baltic Sea. "Nya (New) Slussen" construction is expected to be completed in 2025.