With the rising popularity of cycling, communities are paying more attention to developing road infrastructure which minimises interactions between cyclists and vehicles. One of the latest, and most beautiful, is the Hovenring bicycle and pedestrian bridge in the southern Dutch city of Eindhoven.

The Hovenring Bridge sits above a busy intersection at the entrance to Eindhoven. Growing traffic volumes inspired the city’s authorities to develop a crossing which would separate high- and low-speed traffic. Tunnel solutions were rejected as being too risky for cyclists and pedestrians, particularly at night.

Dutch bridge design office ipv Delft developed the Hovenring Bridge in response to the City of Eindhoven’s brief. The innovative and beautiful steel design creates a lightweight roundabout suspended in the air to keep cyclists and vehicles apart. To ensure pedestrians and cyclists had the smallest incline possible, the level of the busy roads beneath was dropped by 1.5 metre. 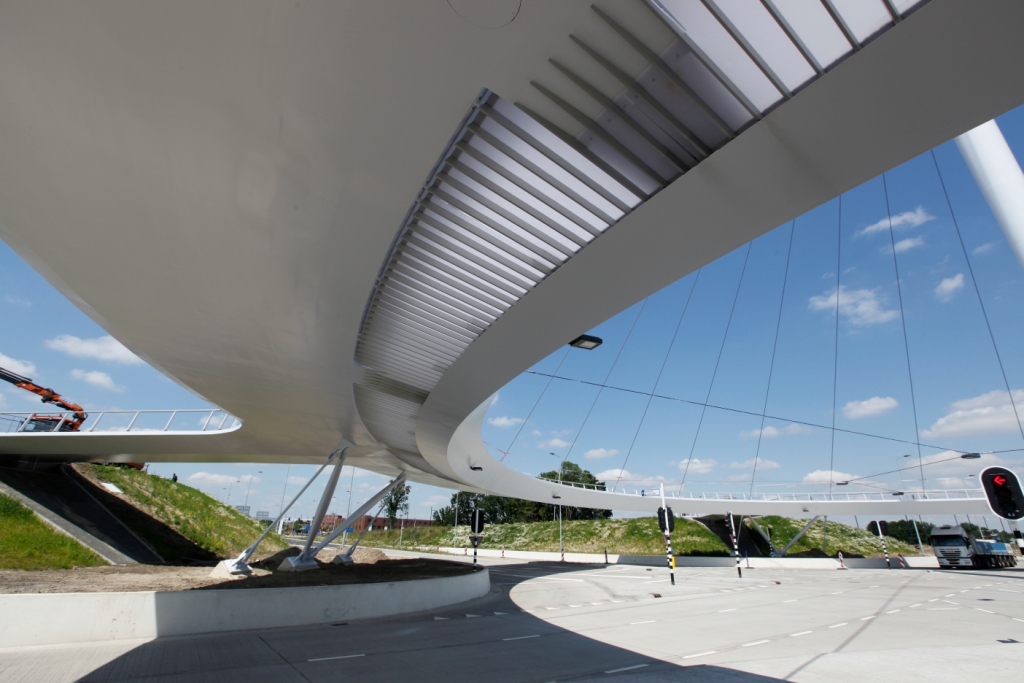 When it came to construction of the Hovenring Bridge, ipv Delft turned to Victor Buyck Steel Construction. Headquartered in Belgium, Victor Buyck is one of Europe’s leading infrastructure and construction operators. The first steel for the project was ordered from ArcelorMittal in February 2011, with the goal of completing construction by the end of the year.

“It is an innovative design, but a challenge for us as a steel fabricator because the deck is made up of very thin plates,” explains Patrick Van Severen, Project Manager for Hovenring. “When the plates are welded, residual stresses in the steel emerge which can disrupt flatness.”

In total, ArcelorMittal supplied 900 tonnes of steel plate for Hovenring in thicknesses from 8 to 30 mm. The lower gauges were particularly challenging for the Victor Buyck team notes Patrick Van Severen: “I usually recommend plate that is more than 12 mm thick. Given the timeline, it was a challenge to get them flat.”

Key to the success of the project was logistics. Plates for Hovenring were manufactured at ArcelorMittal Gijón (Spain) and sent by sea directly to Victor Buyck’s facility near Ghent. All processing was done in-house before Victor Buyck sent the components to Eindhoven for assembly. 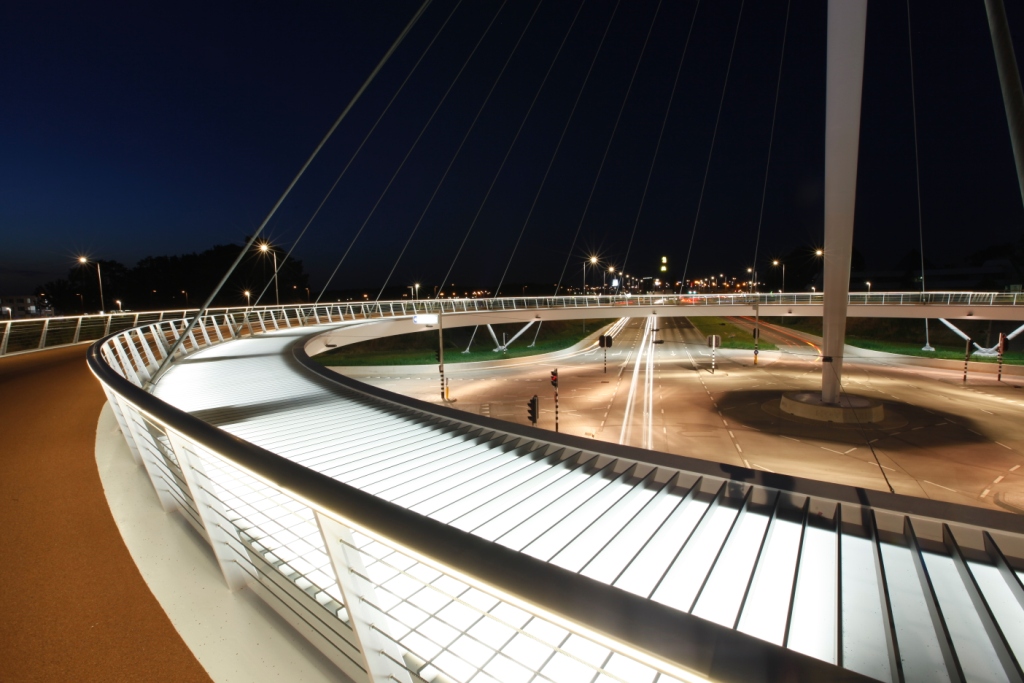 Hovenring opened on schedule in December 2011. However, due to a problem with damping, the bridge vibrated when it was windy and had to be closed until a fix was found. “The problem occurred because the damping values described in Eurocodes are insufficient for today’s steel,” says Wim Hoeckman, CEO of Victor Buyck. “Steel is now of such good quality, it has lost its inherent damping properties.”

Although an engineering company was responsible for the damping calculations, Victor Buyck was able to quickly identify the problem and suggest a solution explains Wim Hoeckman: “We have seen similar vibrations on other projects and we knew the specialists who could assist in finding a solution. Two dampers had to be installed on each of the 24 steel cables which link the bridge deck to the 70-metre pylon in its centre.” Within six months the dampers had been installed and the Hovenring was opened to traffic again.

Hovenring was one of three finalists in the 2013 Dutch Design Awards in the Spatial Exterior category. In 2014, the bridge won the International Category of the Belgian Steel Construction Awards. 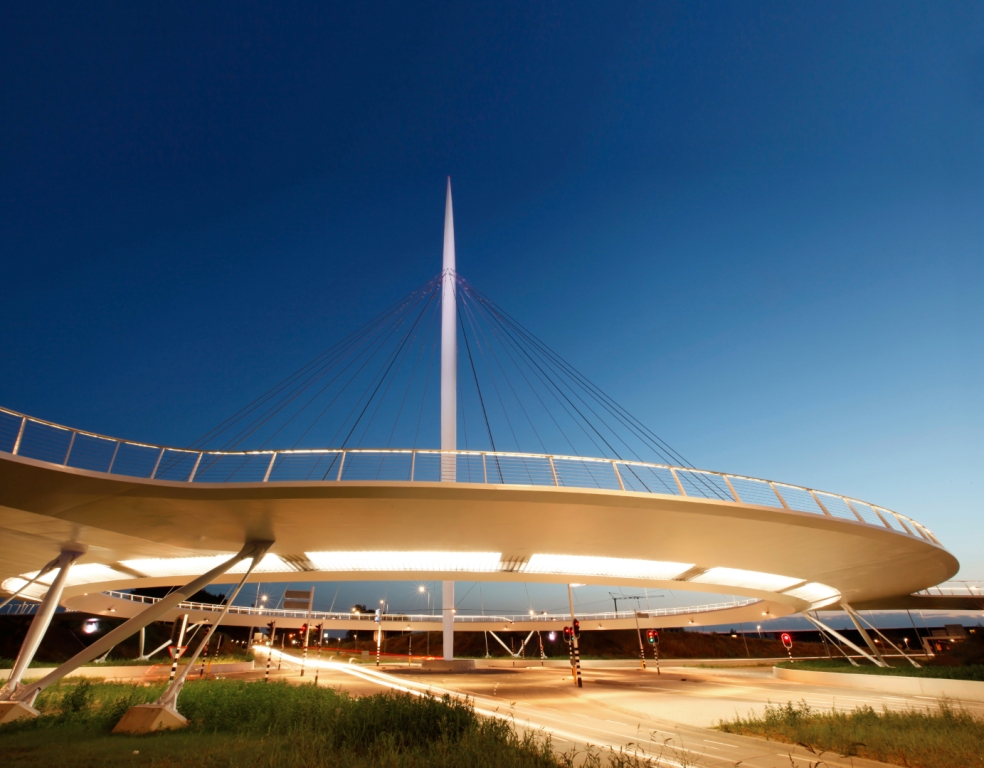 Victor Buyck is named after its founder who established the business in 1927 near Ghent, Belgium. Initially Victor Buyck manufactured small machines for local businesses and farmers before moving into the construction of aircraft hangars, sheds and outbuildings.
Following World War II, much of Europe’s road and rail infrastructure needed to be replaced. Victor’s son John took over the business, firmly positioning it to meet this demand.
Today Victor Buyck is divided into two separate business sectors: infrastructure and buildings. “We aim for a 50/50 split between the two areas, but we have the capability to switch between the two,” notes Wim Hoeckman, CEO.
The company has also established operations in Seremban, Malaysia. The Malaysian business operates independently of Europe and about 85% of its work comes from local projects. The company is also active in other countries in Asia including Australia and Singapore. 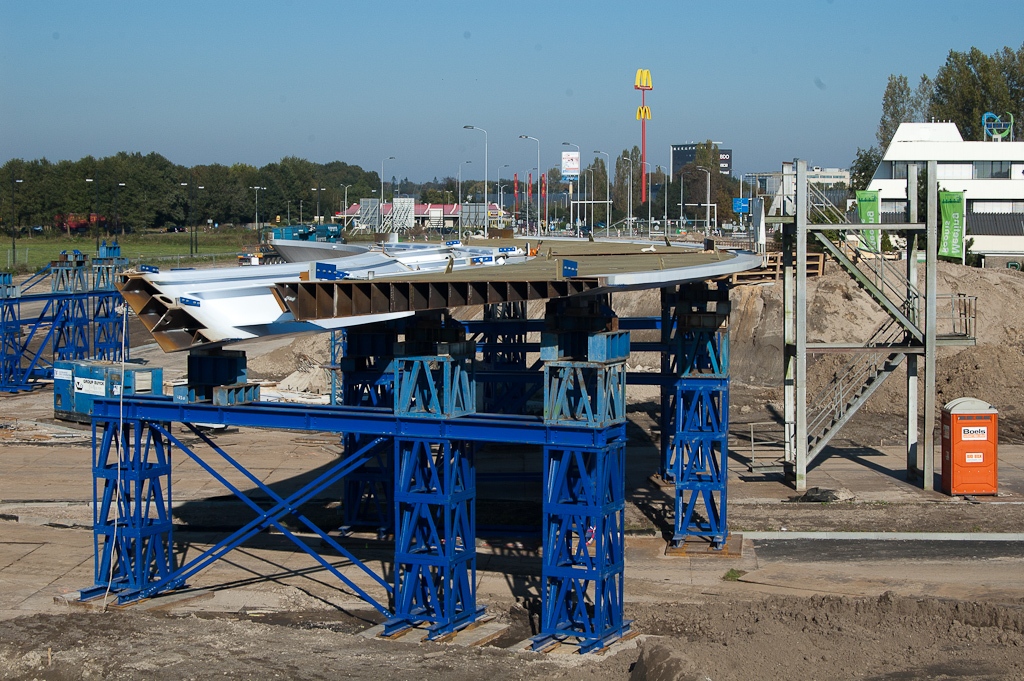 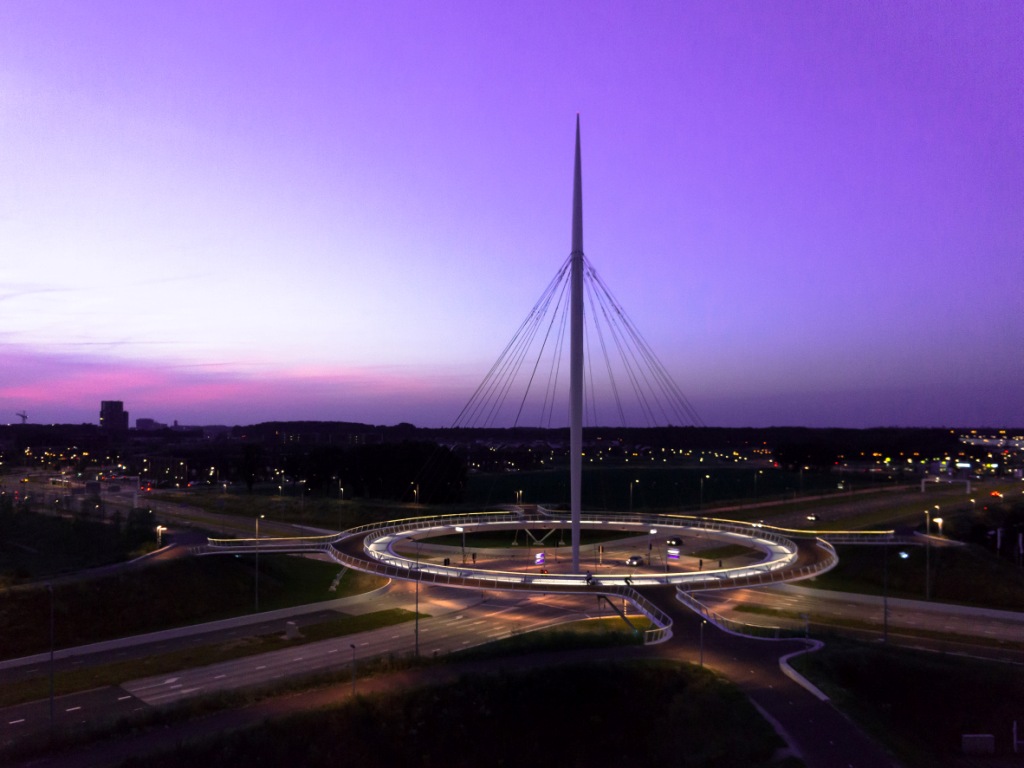 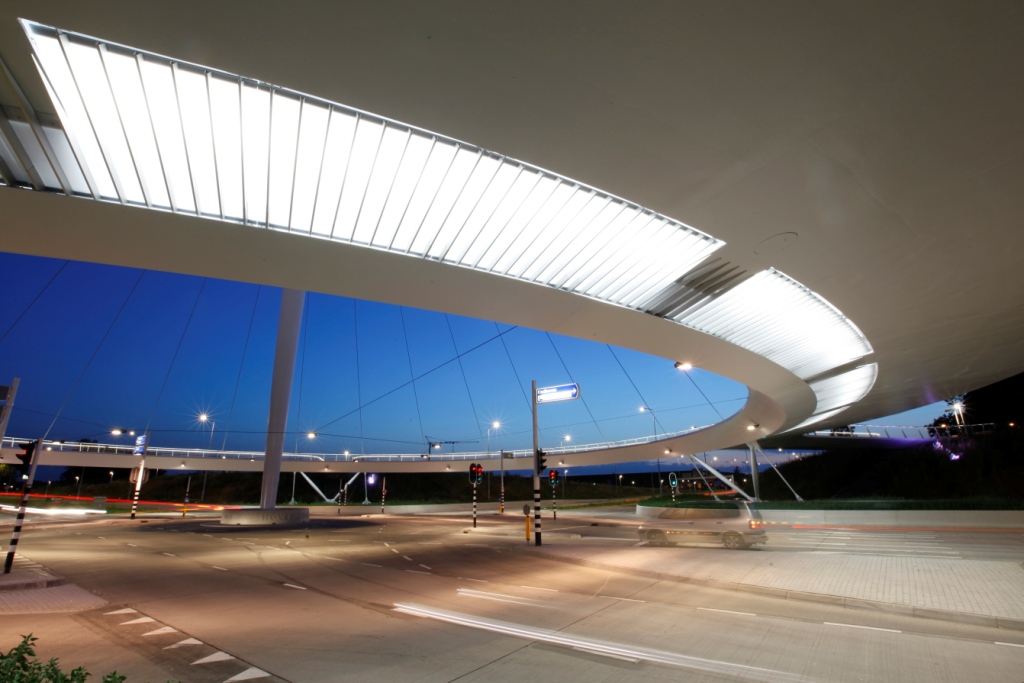 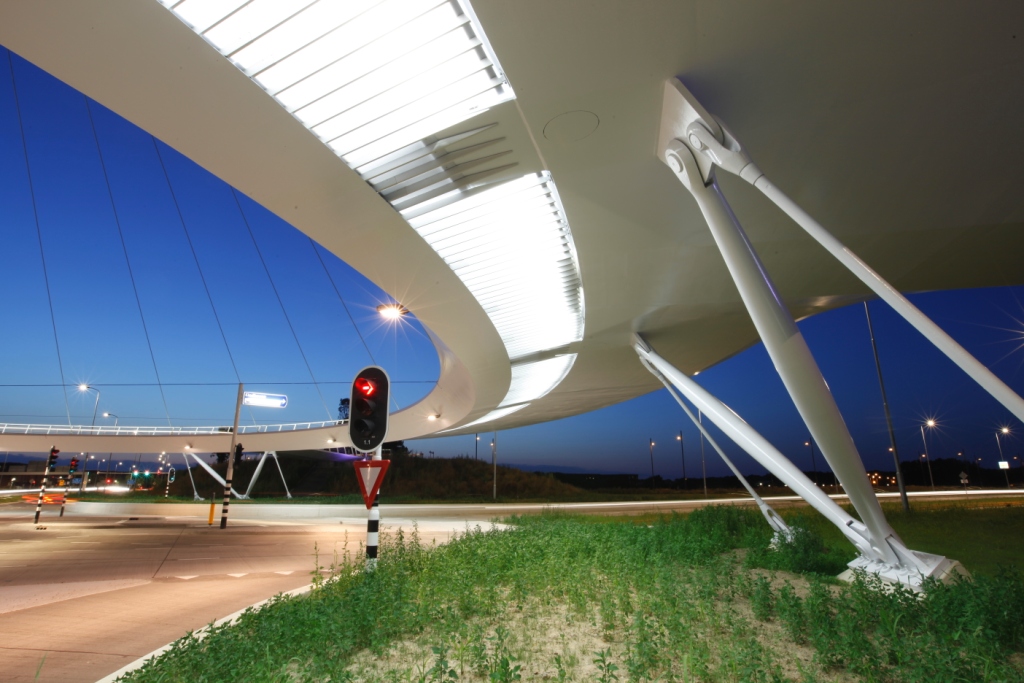 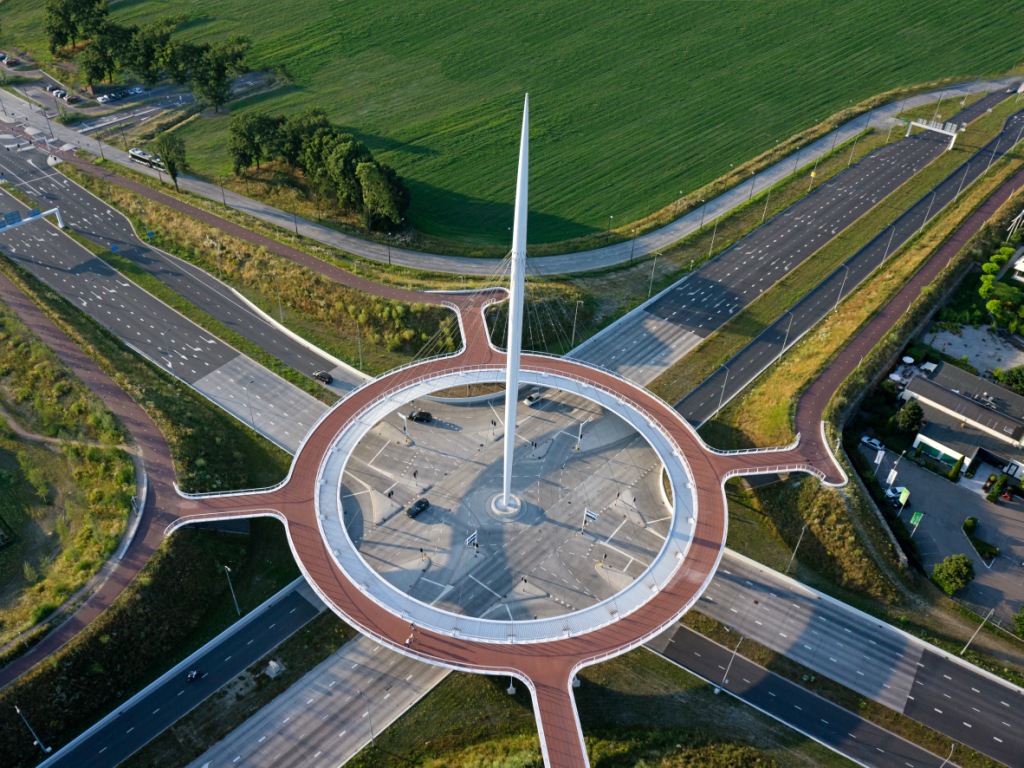 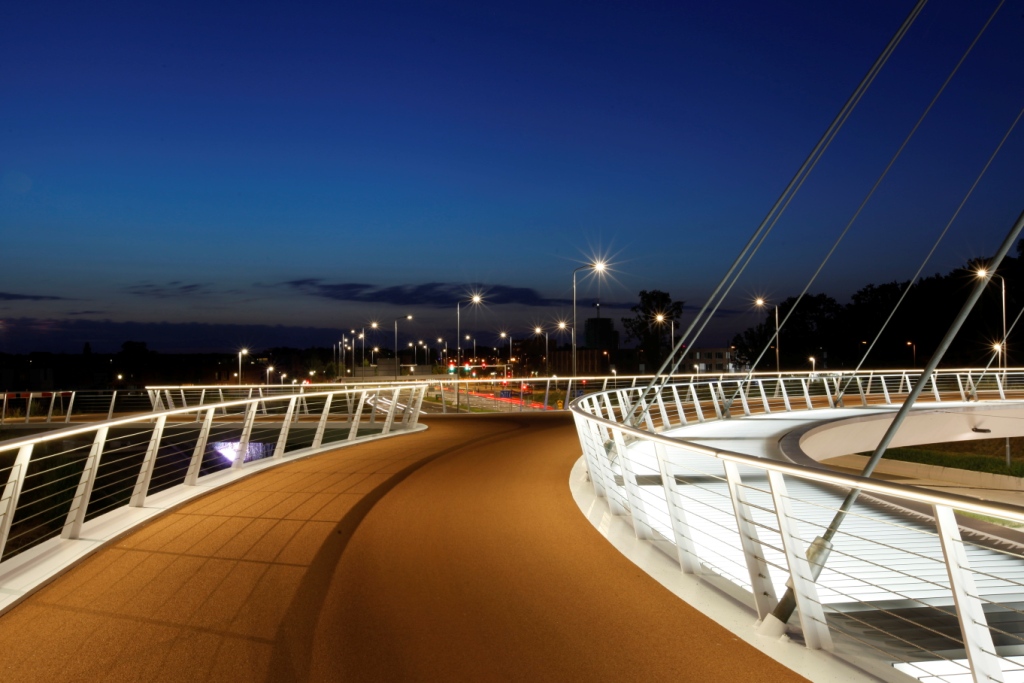 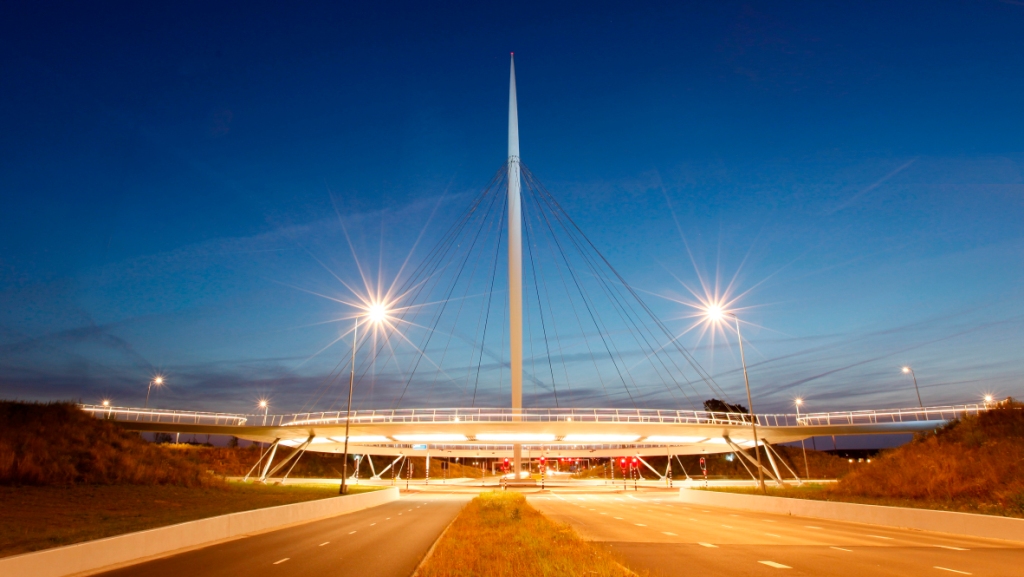