Built in the 14th century, the former Jacobins convent located in the historical centre of Rennes, (France) is currently being transformed into a new congress centre which will open in 2018. This new and modern facility is being built with 18 welded built-up sections supplied by Distribution Solutions France in Yutz.

1,500 hours of work for a remarkable project

The future Jacobins congress centre in Rennes will include different areas: car parks, meeting and exhibition rooms, and an auditorium with a capacity of 1,000 seats.

For this project, the team of Distribution Solutions (DSI) in Yutz provided 18 welded built-up sections with these characteristics:

After 1,500 hours of works in Yutz, the 18 sections were delivered to the customer Delattre Structure et Enveloppes for finishing and final assembly. Then, using a special convoy, the welded built up sections – up to 30 metres long and weighing 32 tonnes – were delivered on site in Rennes between October and November 2015. They were used to:

An onsite mobile crane was used to install the sections. 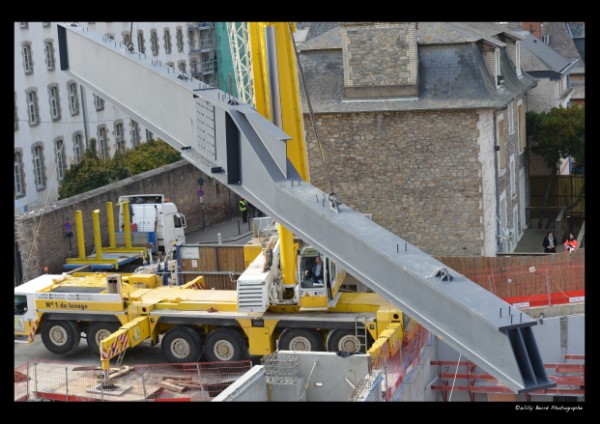 DSI’s experience and support pays off

After several meetings between DSi and Delattre Structure et Enveloppes, the negotiations resulted in a contract of 18 welded built-up sections with joint bars (S355J2 steel plates). The team members of DSI in Yutz were fully involved to make this project a success, coordinating the relationship between the workshop, the subcontractor and the construction site to guarantee optimum delivery.

ArcelorMittal's experience in the production of welded built-up sections, as well as the knowledge of weld precision and quality, and the advice provided to the customer were definitely an asset for this exceptional project. 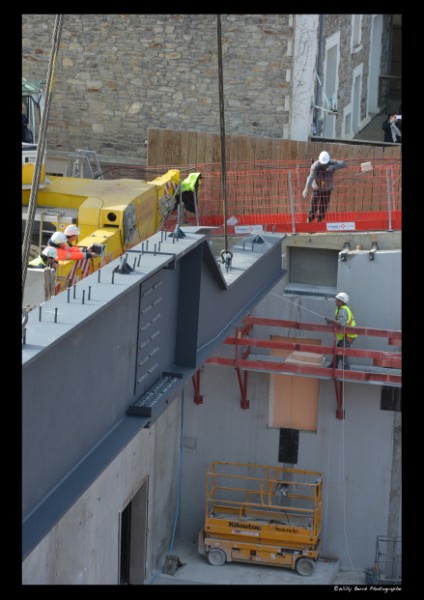