ArcelorMittal Zenica announces the completion of a EUR 30 million project to rebuild the Blast Furnace and upgrade other areas of the factory, including the Energy, Sinter and Steel Plants and the Rolling Mill. The latest projects  bringing the total invested in the Zenica plant to over EUR 200 million The refurbishment means that integrated steel production can continue in Zenica for up to 20 years into the future.

The project’s completion was marked with a ceremony in the heart of the steel works, attended by over 200 distinguished guests, including Prime Minister of the Federation of Bosnia and Herzegovina, Mr. Fadil Novalic and Mr. Miralem Galijasevic, Prime Minister of Zenica-Doboj Canton. Mr. Augustine Kochuparampil and Mr. Lutz Bandusch attended on behalf of ArcelorMittal Europe.

Addressing the guests, Federal Prime Minister Novalic commented: “This is a step that will guarantee competitiveness on a very turbulent steel market. Directly or indirectly, 12,000 people depend on this company, which is beyond doubt the biggest company in Bosnia and Herzegovina.”

“The Zenica-Doboj Canton is the leader of export precisely thanks to ArcelorMittal, which is the backbone of development here. The general repair of the Blast furnace is very important for the local economy as ArcelorMittal Zenica is the biggest exporter in Zenica-Doboj canton and Bosnia and Hercegovina.”

The CEO of ArcelorMittal Zenica, Mr. Biju Nair underlined the importance of the project to the city’s future:

“This is another very important step on our journey to build a long-term, sustainable future for steelmaking in this great industrial city. It underlines our strong and continuing commitment to the future, which begins right here, today.

“We will continue to invest in the infrastructure of the factory, bringing further improvements in our ecological performance and our production capability. At the same time, we will continue to support, develop and encourage the young managers, engineers and production staff who will write the next chapter in the story of steel in Zenica.”

The Lead Contractor responsible for project delivery was the specialist Dutch company, Danieli Corus, supported by many local contractors.

ArcelorMittal Zenica is the major producer of long steel products in the Balkan region, with production capacity of nearly one million tonnes per year, and the top foreign investor in the country, having invested over €200 million so far. Being one of the key economic drivers in Bosnia and Herzegovina, the Company directly employs more than 2,400 employees, whereas some 10,000 are indirectly dependent on its operation. In 2017 the Company was the exporter no.1 in the country.

ArcelorMittal Europe employs more than 80,000 people and produces approximately half of its total steel volume in Europe. With a presence in 17 European countries and around 400 different sites, ArcelorMittal Europe had revenues of €29 billion and a crude steel production of 44 million tonnes in 2016. We supply flat and long steel products for all major steel markets, including the automotive, construction, packaging and household appliances industry – supported by a leading R&D and distribution network with 9 laboratories and 1,000 full-time researchers in Europe.

ArcelorMittal is the world's leading steel and mining company, with a presence in 60 countries and an industrial footprint in 18 countries. Guided by a philosophy to produce safe, sustainable steel, we are the leading supplier of quality steel in the major global steel markets including automotive, construction, household appliances and packaging, with world-class research and development and outstanding distribution networks.

We are one of the world’s five largest producers of iron ore and metallurgical coal. With a geographically diversified portfolio of iron ore and coal assets, we are strategically positioned to serve our network of steel plants and the external global market. While our steel operations are important customers, our supply to the external market is increasing as we grow. 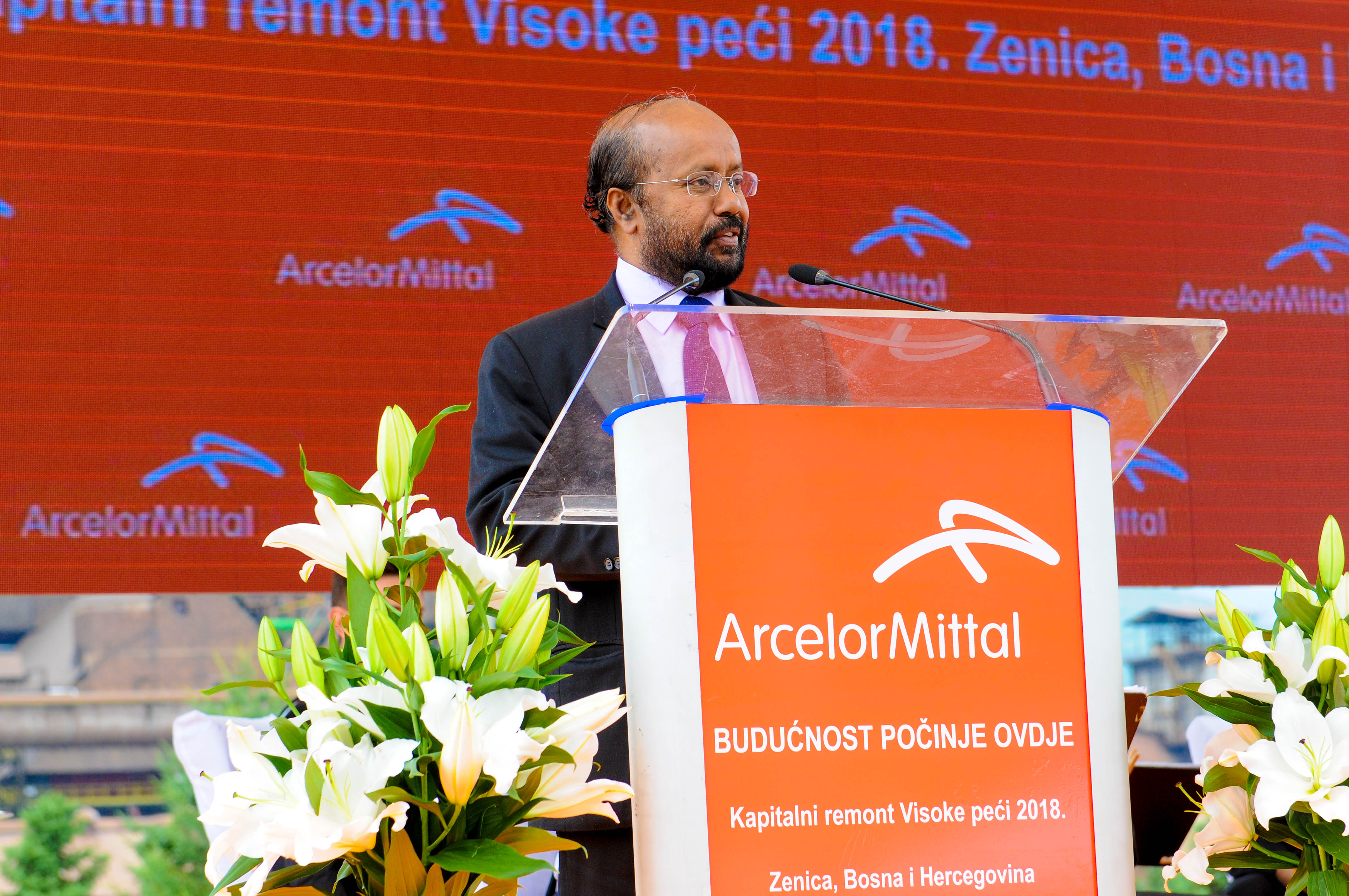