ArcelorMittal is involved in the development of environmentally friendly public transport. 1,500 tonnes of grooved rails, produced in Rodange (Luxembourg) for the extension of the Tunis tramway.

With a growing number of people living in urban areas, cities need various means of transport to reduce congestion in city centres. Tramways offer a good alternative: they are easier to install than underground lines and are less costly; they are more eco-friendly than fleets of buses as well as producing less noise.

The grooved rail tracks that ArcelorMittal designed in Rodange in 2015 are recognised by customers worldwide for their reliability and excellent resistance to loads. They have been chosen, for example, to replace and extend the tramway tracks in Tunis. A total of 1,500 tonnes of 60R1 grooved tracks were delivered, of higher quality R260 (grade 90).

Since becoming operational in 1985, the Tunis tramway has expanded to become the easiest way to get around the city. It now has more than 66 stations covering 8 lines and a total of 45 km. By reducing the volume of cars in the city centre, it offers greater safety and flexibility to the 1.5 million residents of Tunisia’s capital city. 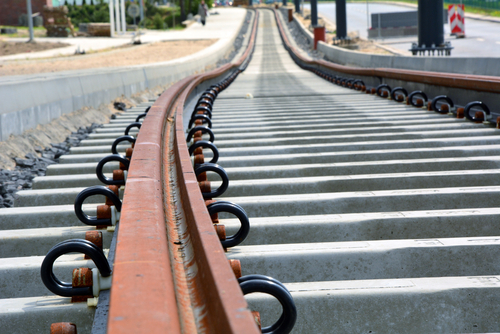