U.S. Bank Stadium and HISTAR® lead the Vikings to victory

On September 17 2015, the steel at U.S. Bank Stadium topped off, marking a major milestone in the construction of this new stadium, which has been constructed with 3,080 tonnes of our HISTAR® beams.

The trusses supporting the roof of the U.S. Bank Stadium were built using 3,080 tonnes of HISTAR® beams in grade 65 ksi. Produced in Differdange (Luxembourg), HISTAR® was the best solution for this project, as it enabled reduction of the weight of the roof by more than 30%. Finishing the steel erection marked more than 70% completion for the entire stadium project.

U.S. Bank Stadium, home to the Minnesota Vikings NFL team, has an estimated construction cost of $ 1 billion and will have a capacity of 65,000 people. The stadium features a translucent fixed roof and five 29-meter-tall pivoting glass doors, which serve as a grand entrance to the facility and let in ample amounts of natural light. As 60% of the roof structure is transparent, stadium users will view the sun and sky throughout the year while staying in a climate-controlled environment.

The stadium was officially inaugurated in July 2016. 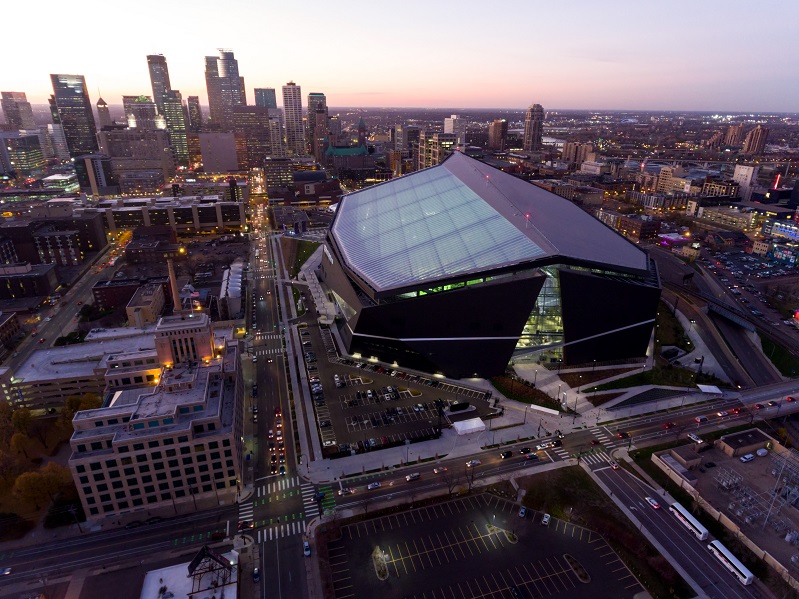 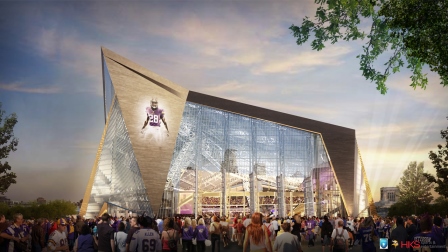 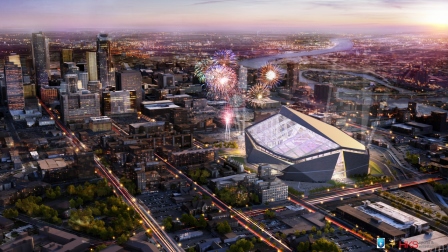 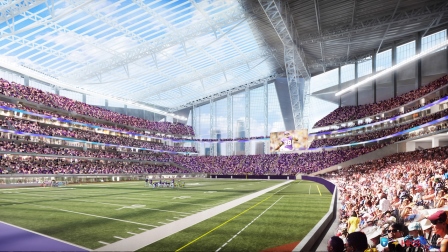