Berlin, 20 September 2016 - ArcelorMittal will give visitors to InnoTrans 2016 a 360 degree virtual guided tour of the rail manufacturing process. 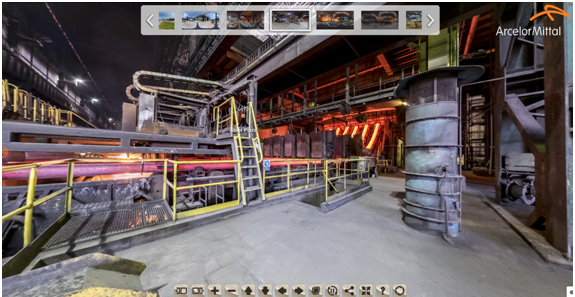 This Interactive and three-dimensional tour features a realistic digital walkthrough of ArcelorMittal’s rail facilities. Complete with 360 degree panoramic views, a short history of steelmaking and an overview of the steelmaking process itself, ‘visitors’ to this digital tour will begin to see why steel is the fabric of life.

InnoTrans delegates will be able to explore the rail mills in Spain, Poland and Luxembourg which manufacture rails and track fittings for underground and intercity railway lines in some of the world’s greatest cities. Other facilities, such as the Research Centre and even the port where rails begin their journeys to their final destinations will also feature.

InnoTrans is the leading international trade fair for transport technology and takes places every two years in Berlin. It runs 20-23 September 2016.

Not going to InnoTrans? You can take the tour here: http://rails.arcelormittal.com/Virtualtour