Trunk bus line 550 is the busiest bus line in Helsinki, Finland, with 40,000 passengers per day. As from 2024, the bus line will be replaced by the Jokeri Light Rail tram line, currently built with rails from ArcelorMittal Europe – Long Products.

Many benefits for the Helsinki region

The 25 km Jokeri Light Rail tram line, including 16 km in Helsinki and the remaining 9 km in Espoo, will replace the current main bus line 550, which is the busiest in the region. Around 91,000 passengers are expected to use the Jokeri tram on weekdays by 2030. The budget for the 25 km line is 386 million euros. The line will have a total of 33 stations and will open in June 2024.

The Jokeri Light Rail tram line will also increase the reliability, capacity and passenger comfort of transverse public transport. The line, for the most part, will operate in its own lane with traffic signal priority, with trams operating in two directions. Additionally, the project will contribute to the sustainable growth of the region. With two million residents and over a million jobs in the capital region by 2050, the goal is to steer the increased mobility resulting from the population growth into sustainable modes of transport: public transport, walking and cycling.

Grooved rails from Luxembourg and Poland

In total, the project includes the supply of:

•77,400 metres of rail from Krolewska and Dabrowa in Poland, representing 3,823 tonnes

These quantities also include the supply of curved rails necessary for making the bends during the laying of tram tracks in the city. These curved rails were made in Rodange’s new finishing centre.

The complexity of this project relies in the fact of the imperative respect of deadlines and delivery timing, requirements to which Rodange plant has been able to respond by being efficient in terms of manufacturing times and deliveries. Each week, an area of the city is neutralized and reserved for the laying of the rails. The stakes are high, each delay can cause many difficulties in setting up the project which currently employs more than 700 workers! 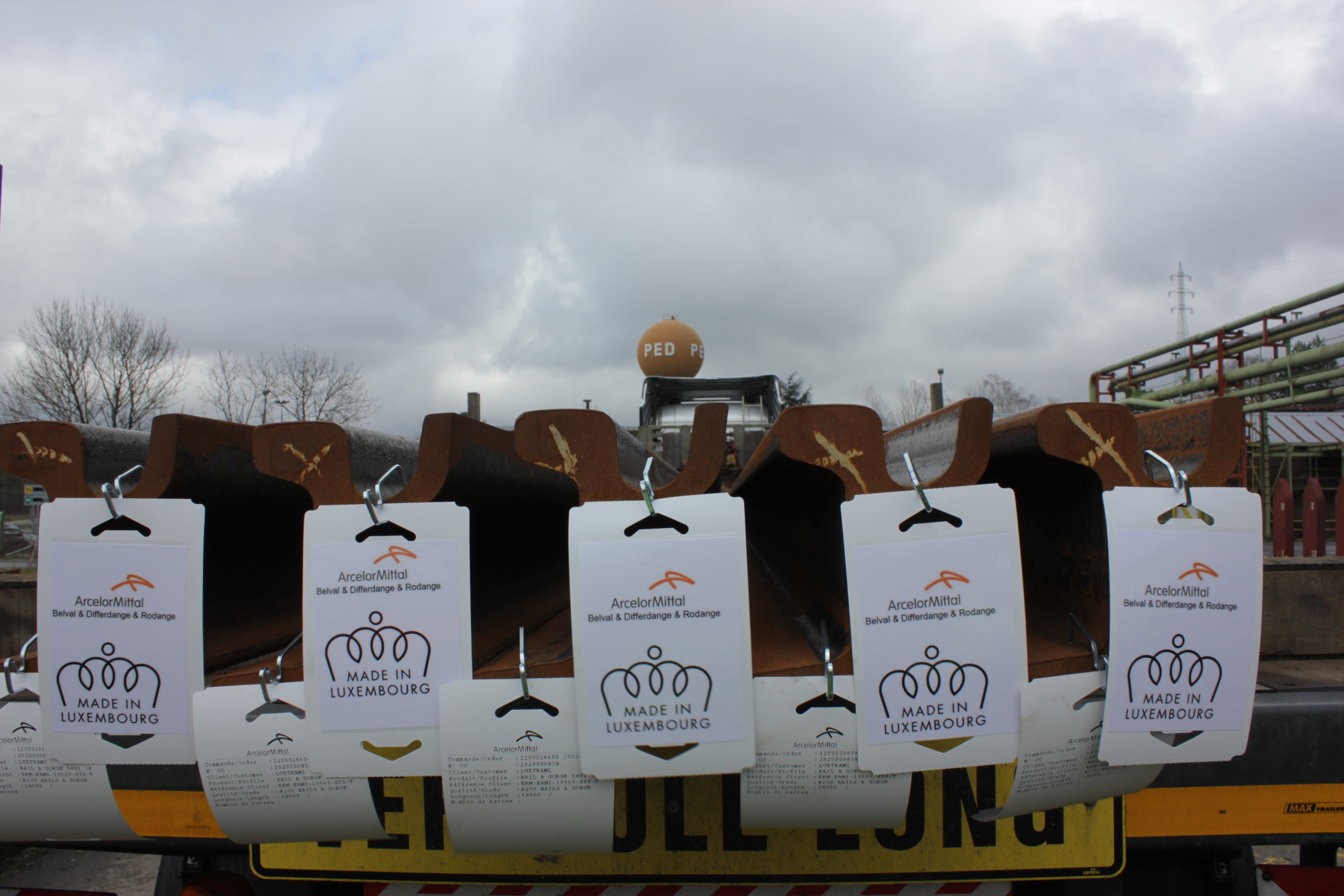