Discover the VEME®, a musical instrument made with steel

Throughout the summer, and until 7 September, visitors of the Constellations festival in Metz, France, are invited to discover a large number of immersive, visual and audio experiences within three artistic programmes. With no less than 950,000 spectators in 2018, the festival has become an established cultural event focused on a predominant theme: digital arts.  ArcelorMittal Global R&D’s Maizières campus is represented by the VEME®, a musical instrument made with steel.

The VEME® is a musical percussion instrument, created in 2014 as a result of the collaboration between the Arts et Métiers school of engineering and the Metz National Orchestra. In its initial design, it measured 2 m high and its innovative sound appealed to professionals who sought to include it in their compositions.

A team of students from ENSAM (higher state school of engineering specialising in mechanical and industrial engineering) took up the challenge of creating a 6 m tall instrument as part of an educational project.

Steel is at the heart of the instrument; it forms its structure and is the source of the sound produced. The instrument consists of a thin metal plate and an acoustic resonator that provides power and bass. This is why the Maizières campus decided to support a monumental creation of this 6 m high instrument, designed at Arts et Métiers, in collaboration with Demathieu Bard Initiatives, the European Union and SACEM (French society of music writers, composers and publishers).

The work was installed outside the apse of the Temple Neuf, in the Garden of Love. This is one of the stages of the Digital Stones and Arts and Gardens trails. It can be tested freely by festivalgoers. Two bass drumsticks are at their disposal.

The VEME® takes its name from the Lorraine Region, identified as the European Valley of Materials and Energy. It was chosen as the launch emblem for INSPIRE METZ, a promotional organisation for the city of Metz, designated an Arts & Tech city. 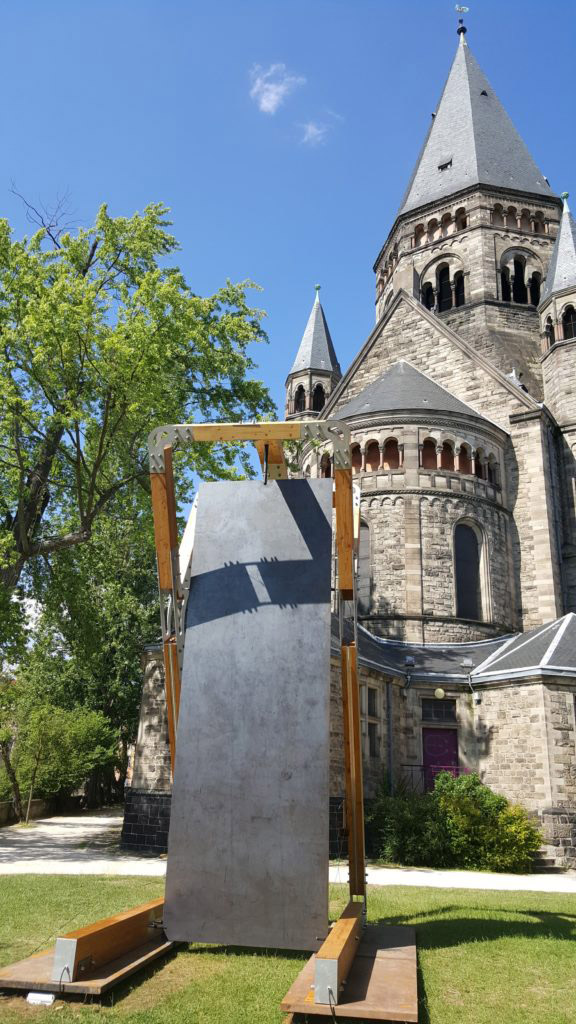 The VEME®, installed behind the Temple Neuf, enables the general public to discover its amazing sound. 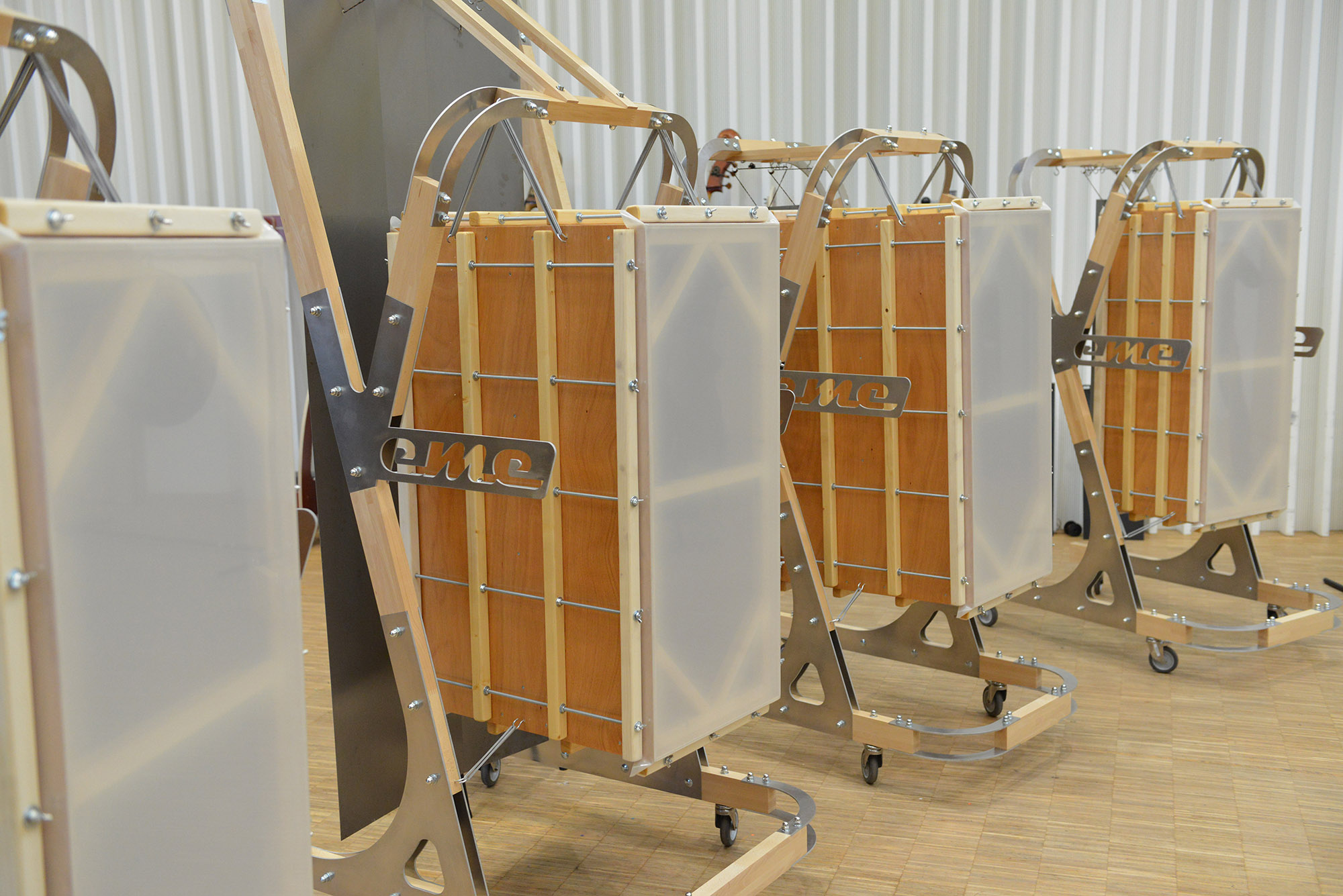 The original instrument proved itself within large symphony orchestras